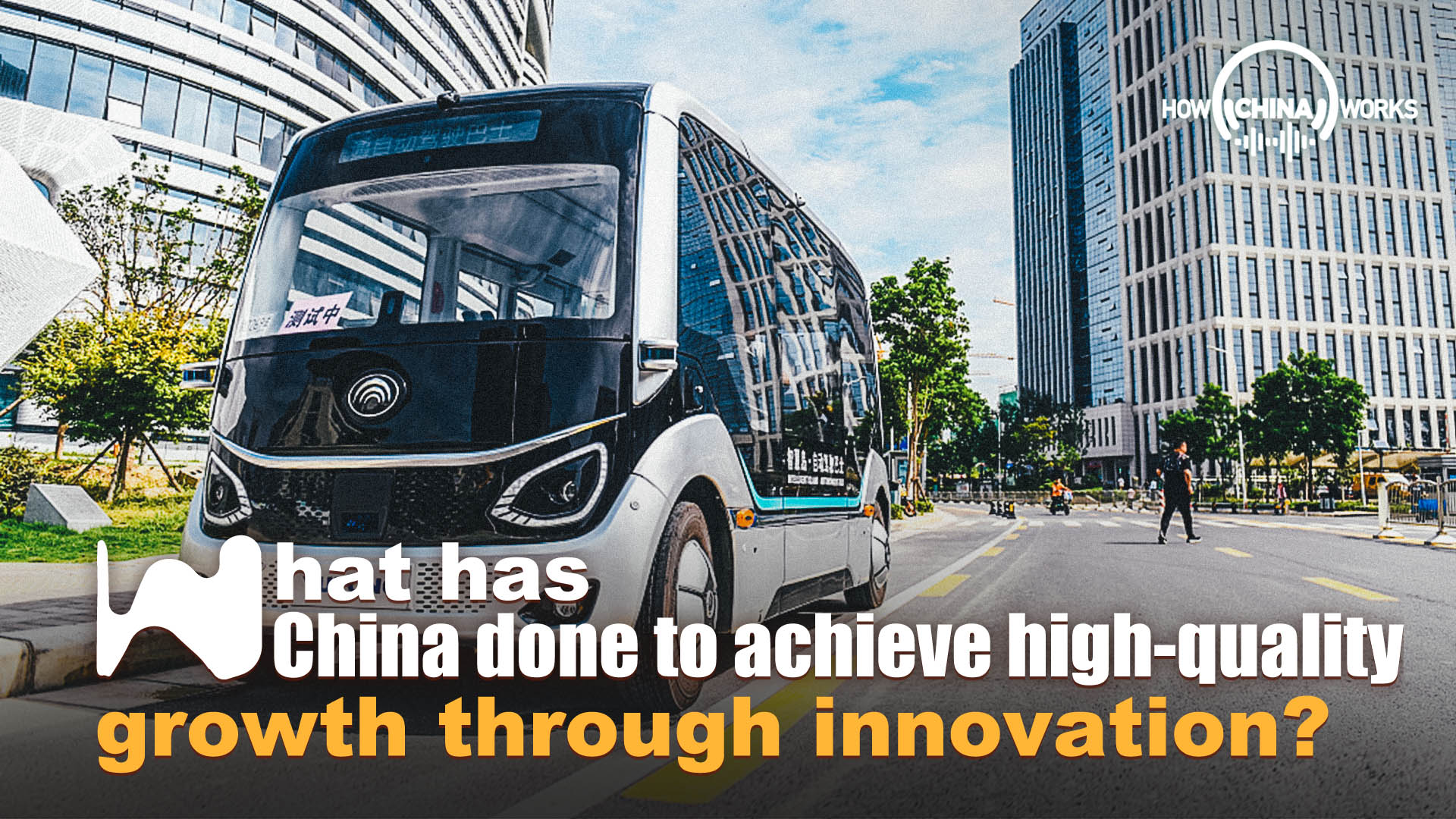 What has China done to achieve high-quality growth through innovation?

China has made many significant sci-tech achievements in recent years, from quantum information, stem cells and brain science to outer space exploration, such as the landings on the moon and Mars.

These demonstrate that China has ramped up efforts to pursue high-quality development through technology and innovation.

What is high-quality growth?

Chinese President Xi Jinping noted at the 19th National Congress of the Communist Party of China in late 2017 that the country's economy was transitioning from a phase of rapid growth to a stage of high-quality development.

It means that the world's second-largest economy is experiencing fundamental changes with its development focus shifting from quantity to quality.

China has made a strategic choice in forging a new development paradigm of "dual circulation,"  which means domestic and overseas markets reinforce each other with the domestic market as the mainstay. Innovation and technological self-sufficiency are strategic pillars for this development paradigm as they play vital roles in ensuring more independent and controllable industrial and supply chains.

Xi said "efforts should be made to modernize the industrial and supply chains, promote sci-tech innovation, strive for early breakthroughs in core technologies, and build up new strengths for future development."

How to achieve high-quality growth

China has always attached great importance to science and technology and put them in a key, strategic position in China's development.

Back in 1978, Chinese leader Deng Xiaoping put forward the famous theory that "science and technology constitute a primary productive force," and the number of important scientific and technological achievements in 1979 alone exceeded the total number for the previous 10 years.

Now, technology has already changed people's lives in various aspects, from high-speed railways and fast 5G communications to effective prevention and control of the COVID-19 epidemic.

In the new era, China will continue to uphold the central role of innovation in its modernization drive and take self-reliance in science and technology as the strategic underpinning for national development.

China's R&D spending will increase by over 7 percent per year during the 14th Five-Year Plan (2021-2025) period, accounting for a higher percentage of GDP than that in the past five years.

China has also pledged more efforts to enhance enterprises' innovation capacity, stimulate the vitality of talent for innovation and make institutional improvements in sci-tech innovation during the period.

Technology is important to develop the economy in a greener way, as China aims to peak carbon emissions before 2030 and make efforts to improve its industrial structure and energy mix.

Innovation and technological self-reliance are key

Despite numerous achievements made in various fields, China is not yet strong enough in terms of basic research and still relies on imports for certain state-of-the-art technologies and high-end products such as microchips.

Facing a complex international environment, China has learned that it has to break bottlenecks and enhance independent innovation, rather than asking for, or buying or begging for core technologies in key fields from other countries. Only by holding these technologies in its own hands can it ensure economic security, national security and security in other areas.

For example, central China's Hubei Province, which boasts a number of memory chipmakers, will speed up the development of chips for the Internet of Things and the Beidou Navigation Satellite System, and to make up the shortfall of wafer-level packaging assembly and testing.

"We need to remove barriers that hamper the flow of knowledge, technology, talents and other factors of innovation, and support our businesses in technical exchanges and cooperation on their own accord. This is a way to unleash the potential for innovation," said the Chinese president.

What are the focal points of China's new development paradigm? What is the political foundation of cross-strait relations? How is China putting innovation at the heart of its development plan? How to better practice and develop 'One Country, Two Systems'? Why is a modernized economy vital to China? How is the 'wound left on China by history' healed? Could 'Two Systems' be the answer to the Taiwan question?