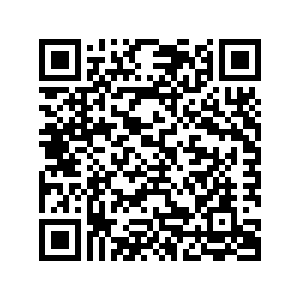 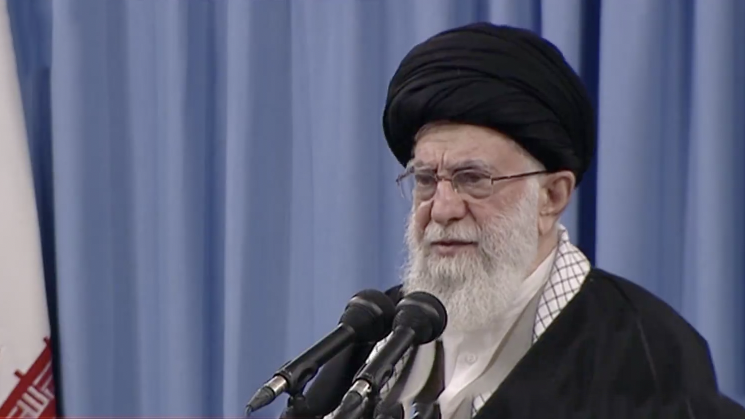 Iran fired "more than a dozen" ballistic missiles against two airbases in Iraq where U.S. and coalition forces are based, the Pentagon confirmed Wednesday.

The recent attacks on American forces in Iraq marked a sharp turn in the flare-up between the United States and Iran. For Ayatollah Ali Khamenei, Iran's supreme leader, a "slap in the face" was delivered after he had vowed "severe revenge" for a U.S. drone strike that killed Iranian military commander Qasem Soleimani last week, while for others, the feeling is mixed. 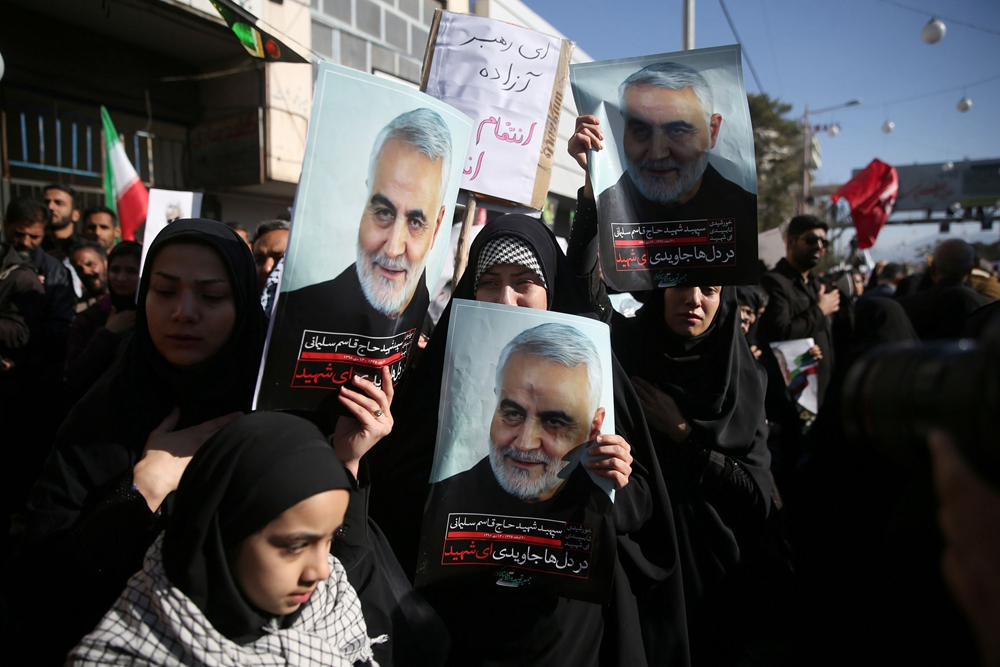 More airlines to re-route flights and avoid airspace over Iraq and Iran:

Vietnam Airlines said it is re-routing its flights away from the Iranian and Iraqi airspace from Wednesday.

Russian Federal Air Transport Agency Rosaviatsia told Russian air carriers to avoid civilian and transit flights in the airspace of Iraq, Iran, the Gulf and the Gulf of Oman.

Meanwhile, Germany's national carrier Lufthansa also cancelled its daily flight between Frankfurt and Tehran on Wednesday, citing the situation in Iran. A spokesperson said that Lufthansa was also halting its next scheduled flight to Irbil in Iraq on Saturday.

China Southern has cancelled Wednesday's flight from Urumqi to Tehran, the carrier said.

Some international airlines are re-routing flights: 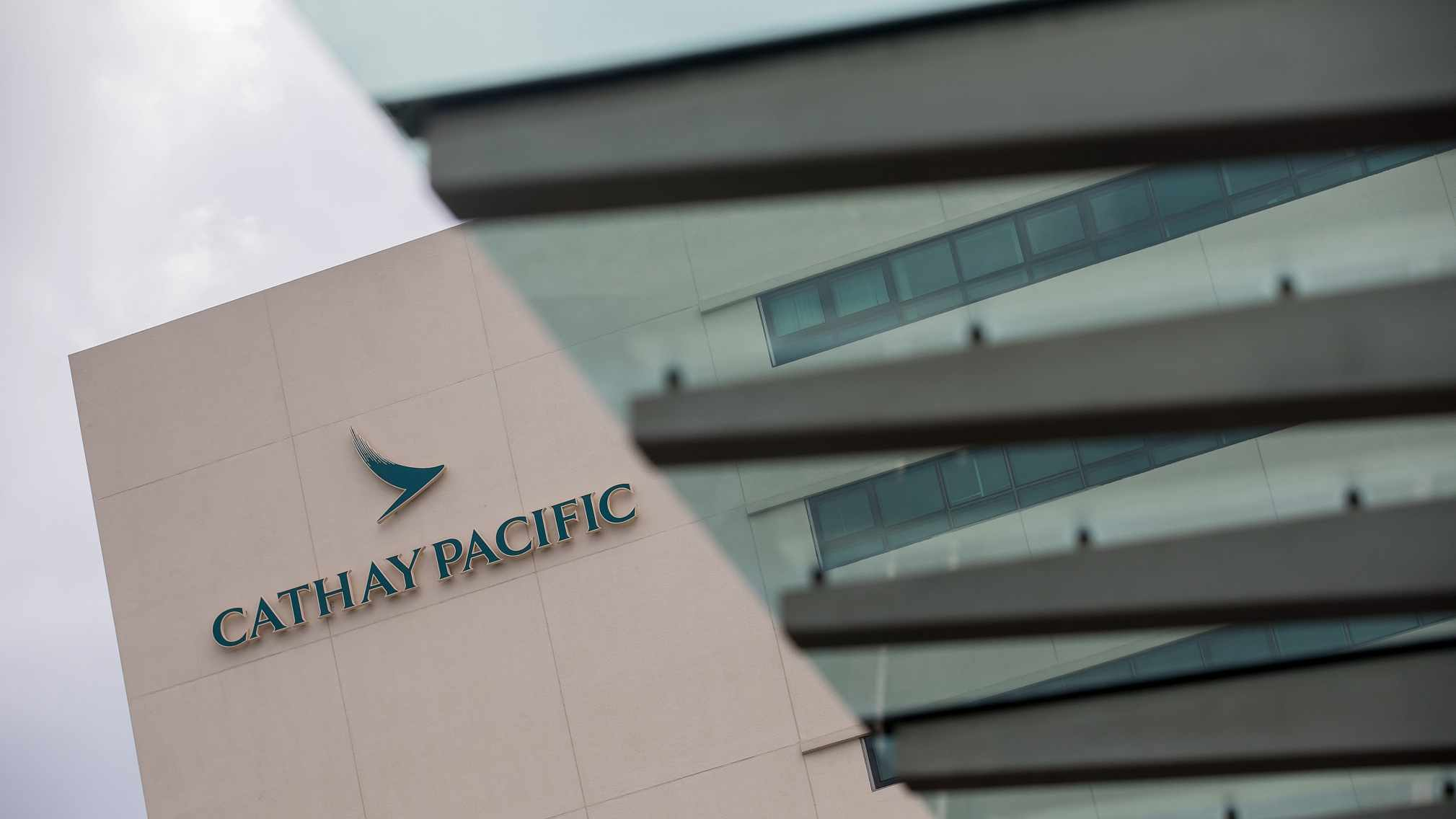 Khamenei: Iran 'equipped against bullies of the world'

"Iran is equipped against the bullies of the world," said the country's Supreme Leader Ayatollah Ali Khamenei in a speech amid rising tensions between Tehran and Washington.

Khamenei called the U.S. Iran's enemy, saying U.S. presence in the region should come to an end. 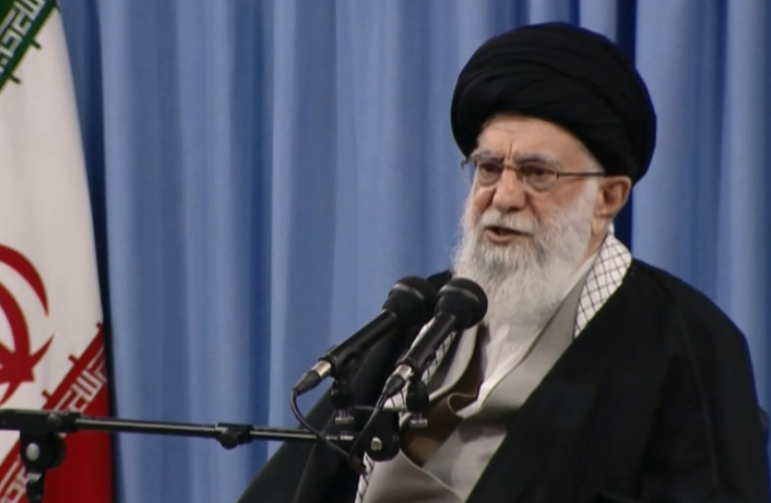 The Chinese Foreign Ministry on Wednesday urged relevant parties to remain restrained amid the current complicated tensions in the Middle East.

Geng Shuang, a spokesperson from the ministry, made the remarks after Iran launched more than a dozen ballistic missiles targeting at least two U.S.-led coalition military bases in Iraq early on Wednesday local time.

China has called the relevant parties to properly resolve their differences through peaceful means such as planning and negotiation, and jointly maintain peace and stability in the Gulf region, said Geng.

The world's shares tumbled but oil prices shot up on Wednesday, stoking fears of a wider conflict in the Middle East.

Iran's missile attacks on the Ain Al-Asad air base and another in Erbil, Iraq, early in the day came hours after the funeral of an Iranian general whose killing in a U.S. drone strike has intensified tensions in the region.

MSCI's broadest index of Asia-Pacific shares outside Japan was down 0.72 percent, having dropped more than a percent earlier in the day. China's blue-chip CSI300 index was 1.18 percent lower.

Japan's Nikkei dipped by 1.57 percent, paring earlier losses of more than two percent, while Australian shares clawed back from an over one percent drop to shed 0.13 percent. U.S. S&P 500 e-mini stock futures, which had earlier tumbled nearly 1.7 percent, were down 0.38 percent. 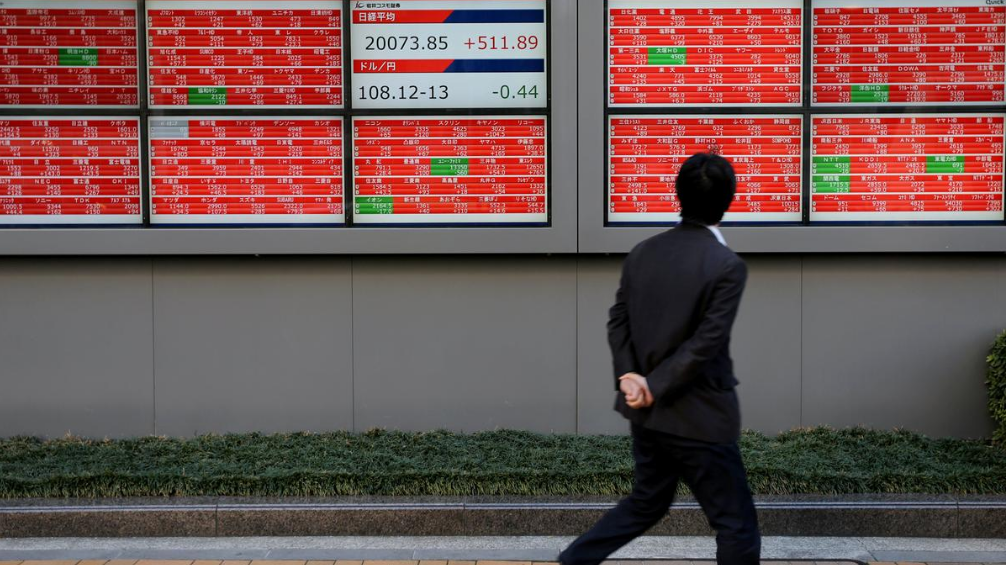 The UK is urgently "working to establish the facts on the ground," reported the BBC citing the UK foreign office. British forces are "on standby" to assist in the Middle East following the escalation of tension between the U.S. and Iran, Defense Secretary Ben Wallace said earlier.

Canada, which also has forces in Iraq, announced on Tuesday that it was temporarily moving some of its approximately 500 troops to Kuwait as a precaution.

The Philippines said it has ordered thousands of its citizens to leave Iraq, given the tension.

New Zealand's military personnel in Iraq were safe, New Zealand's Deputy Prime Minister Winston Peters said on Wednesday, while expressing concern over the escalation in hostility between Iran and the U.S.

New Zealand has 50 military personnel in Iraq. Camp Taji, where most New Zealanders are stationed, was not attacked, Peters said. 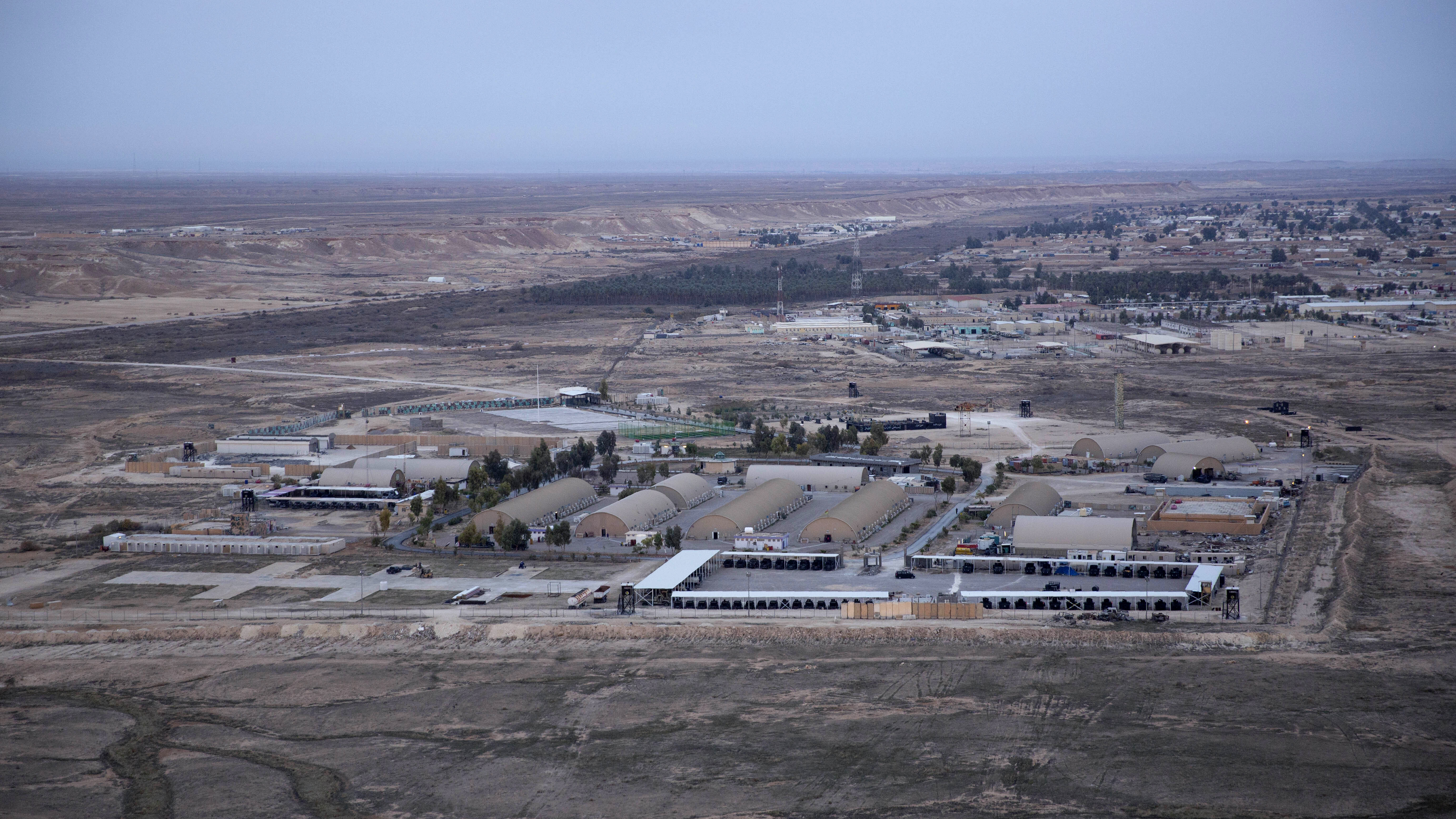 Backgrounder: The Ain al-Asad military base

Ain al-Asad is an air base located in Anbar province of western Iraq used by U.S. and Iraqi armed forces.

The air base was first used by American forces after the 2003 U.S.-led invasion, and American troops were stationed there amid the fight against ISIL in Iraq and Syria.

It houses about 1,500 U.S. and coalition forces, according to AP. An estimated 5,000 U.S. troops are stationed throughout Iraq. 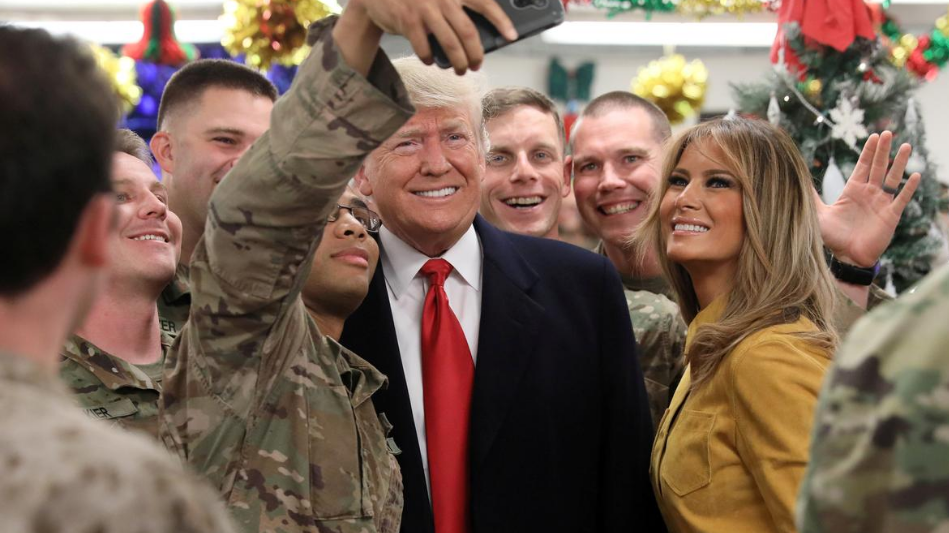 Two years ago, Trump made a surprise Christmas visit to the base, one of the largest U.S. military bases in Iraq. In a speech to U.S. troops, he said that the U.S. would maintain its presence in Iraq and "watch over Iran."

U.S. Vice President Mike Pence paid an unannounced visit to the air base on November 23.

Here is what you need to know:

What happened on Wednesday morning?

Profile: Who was Qasem Soleimani?

What has happened recently between the U.S. and Iran?

"All is well! Missiles launched from Iran at two military bases located in Iraq. Assessment of casualties & damages taking place now. So far, so good! We have the most powerful and well equipped military anywhere in the world, by far! I will be making a statement tomorrow morning," Trump said in a tweet on Tuesday night local time.

Iranian Foreign Minister Mohammad Javad Zarif said that Iran took & concluded "proportionate measures in self-defense" under UN Charter and Tehran does not "seek escalation or war" but will defend itself against any aggression.

According to reports, U.S. warplanes have taken off from an air base in the United Arab Emirates (UAE). The Iran's Islamic Revolutionary Guard Corps has warned that if the U.S. launches attacks against Tehran from the UAE, then the UAE will become a "legitimate target" for retaliation.

Iran's Revolutionary Guard said the attack on two air bases in Iraq, at Ain al-Asad and Irbil, housing U.S. troops was in retaliation for the killing of General Qasem Soleimani.

"We are warning all American allies, who gave their bases to its terrorist army, that any territory that is the starting point of aggressive acts against Iran will be targeted," it said via a statement carried by Iran's state-run IRNA news agency.

Soleimani was killed in a U.S. drone attack near Baghdad airport on Friday. 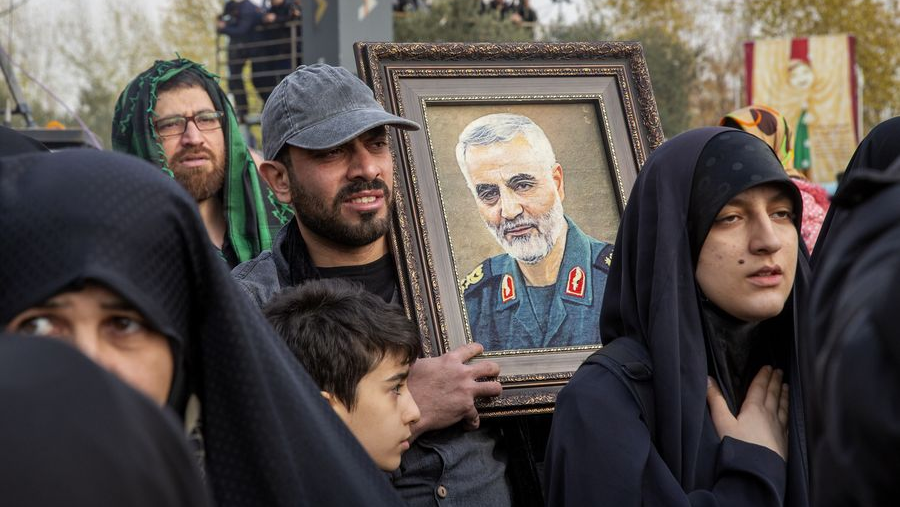 White House is monitoring the situation

The White House has said that it is aware of reports of the attacks. U.S. President Donald Trump has been briefed and is monitoring the situation.

"We are aware of the reports of attacks on US facilities in Iraq. The president ... is monitoring the situation closely and consulting with his national security team," the White House said in a statement.

Who was Qassem Soleimani, the Iranian commander who Trump had killed? 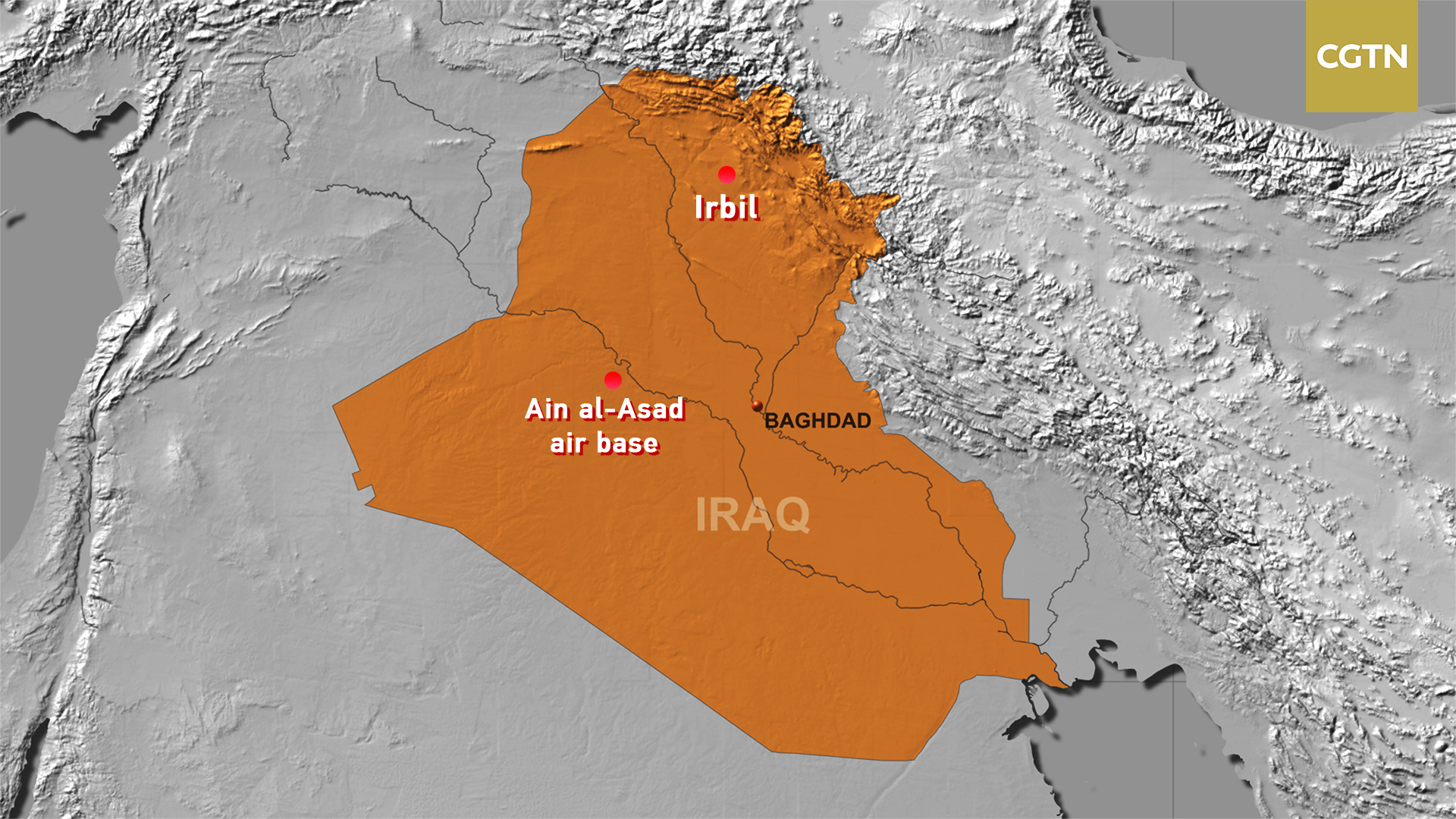 Iran's Islamic Revolutionary Guard Corps (IRGC) has said it started an attack on an air base in western Iraq hosting U.S. troops on Wednesday, according to state television.

"The brave soldiers of IRGC's aerospace unit have launched a successful attack with tens of ballistic missiles on al-Asad military base in the name of martyr Gen. Qasem Soleimani," the IRGC said in a statement.

At least 10 rockets have attacked Ain al-Asad air base which holds U.S. forces in Iraq, media reports have said.

"The fierce revenge by the Revolutionary Guards has begun," the statement added.

Sirens have been heard, and U.S. helicopters were flying over the air base with a total alert activated, according to media reports.

The Pentagon has responded to the attack. It confirmed in a statement that Iran launched more than a dozen ballistic missiles against the U.S. military, targeting two Iraqi bases at Ain al-Asad and Irbil which host U.S. military and coalition personnel, adding that the U.S. will take all necessary measures to protect and defend U.S. personnel, partners, and allies in the region.

The casualties or extent of the damage caused by the attack was not immediately clear as tension mounted between Washington and Tehran following the U.S. killing on Friday of Iranian military commander Qassem Soleimani.

The New York Times cited Iraq's Joint Military Command saying that the attack began at 1:20 a.m. local time, the time that Suleimani was killed on Friday.